Annie May Wong’s belting out Rocket 88 to a thick, swirling mess of cheroot smoke and sweating, gyrating bodies and spilled booze on the floor. The joint is truly jumping. I push my way through but this huge bearded Korean sailor kitted out in a gingham dress, pearls and suspenders, steps in front of me and places his massive hand on my chest and says, "Fancy a dance, mate?" 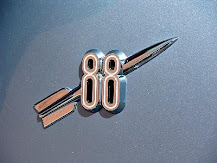 A driving blues beat and hot jumpin' dives all feature in my re-imagined Bangkok, the setting for Zen City, Iso. Why Rocket 88? It's widely considered to be the very first rock and roll record.
Here's the story:
https://www.udiscovermusic.com/stories/the-first-rock-n-roll-record/
Posted by Jack Fielding at 11:25 No comments:

I loved this incredible photo by Tadahiko. A glamorous model poses on a ledge above the streets of bombed-out postwar Tokyo. It captures the essence of kayodatsu and kasutori that sprang up in defeated Japan.

Kayodatsu was the culture of post-war despair. Kasutori the nihilism, crime, drugs and violence that morphed out of it and grabbed urban society by the throat. The black market, street gangs, pulp literature and sleazy sex. Kasutori was led by decadent bohemians drinking and screwing themselves into oblivion. Its name came from the sake dregs – kasu – that fuelled it. The most notorious booze was the bakudan ‘bomb’, a lethal cocktail made with methyl alcohol.

Kasutori inspired the absurdity, sleazy violence and nihilism bleeding through Man in a Zen Ambulance. A blitzed-out Tokyo morphed into the 1950s badlands atomic age setting. Elvis and early rock and roll provided the driving frenetic music. Teddy Boys and Yakuza shooting it out.

Posted by Jack Fielding at 01:51 No comments: